The three expedition ships I am working on in Spitsbergen are ice strengthened vessels for navigating safely in the sea ice. They all meet the international safety regulations. They are comfortable and take relatively few passengers and they serve high standard delicious meals. The cabins are spacious and all have portholes or windows. All ships have a large bridge which is always open to passengers and the decks are ideal for photography from the ship, as well as excellent places to watch for wildlife.

The “MV Ortelius” was built in Gdynia, Poland in 1989, was named “Marina Svetaeva” and served as a special purpose vessel for the Russian Academy of Science. The vessel is re-flagged and renamed “Ortelius”. Abraham Ortelius was a Dutch / Flemish cartographer. (1527 – 1598) and published the first modern world atlas, the Theatrum Orbis Terrarum or the, Theatre of the World in 1570. At that time the atlas was the most expensive book ever printed.

The vessel has the highest ice-class notation (UL1 equivalent to 1A) and is therefore very suitable to navigate in solid one-year sea ice and multi-year drift ice. MV Ortelius is at the moment the strongest ship operating in the polar expedition cruising. She takes 110 passengers.

The vessel is manned by 20 highly experienced nautical crew and 19 international hotel crew, including stewardesses. For the Arctic she will have 8 expedition staff (1 expedition leader and 7 guides/lecturers) and 1 doctor.

On board the Ortelius they offer a comfortable hotel standard, with two restaurants, a bar/lounge and a special, well equipped, lecture room. The voyages are primarily developed to offer passengers a quality exploratory wildlife program and the open-deck spaces, which makes her ideal for viewing wildlife.

The ship carries a fleet of 11 zodiacs which can be launched within minutes and offers the possibility to take all passengers on a zodiac cruise when wildlife opportunities arise. 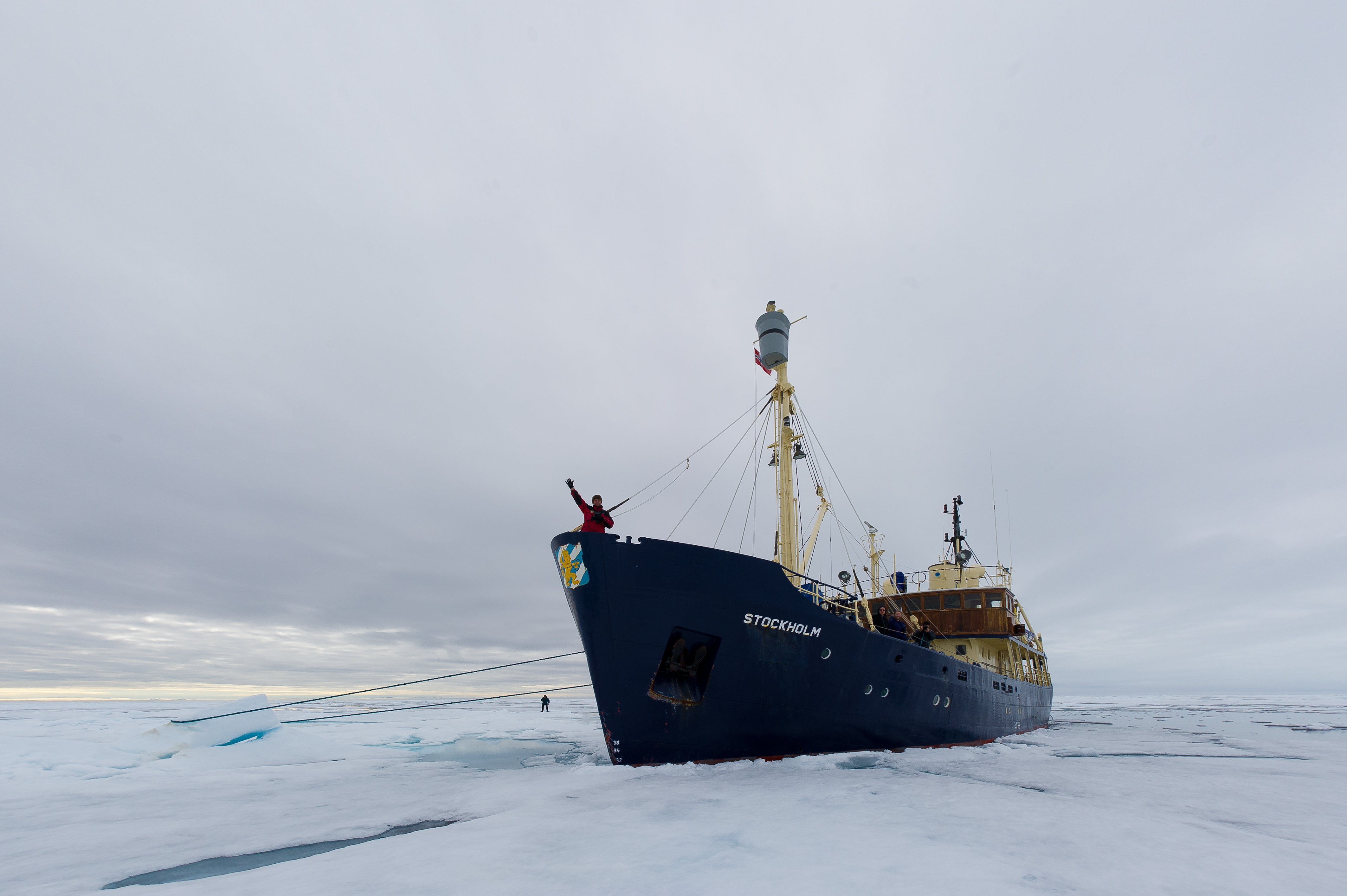 The “M/S Stockholm” is a classic vessel built in 1953 for the Swedish National Maritime Administration. In 2000 she was totally refitted to serve as a comfortable passenger ship. She is rated with a high ice class and perfect for navigating in the sea ice. The M/S Stockholm exclusively carries a maximum of 12 passengers in twin cabins, all with upper and lower berth, private facilities and portholes.

The meals on board are of a high standard and all drinks are included in the trip fare. An entirely different experience and perspective to that of a larger and more conventional vessel!

The Captain (and owner), has 22 years of experience with cruising the waters around Spitsbergen and navigating the pack ice. The crew on board is great and they too are great enthusiasts of the unique wildlife and the pristine wilderness Spitsbergen. A trip on board M/S Stockholm with its personal atmosphere is an experience of a lifetime, simply hard to beat. If a wildlife viewing opportunity is encountered the zodiac can be launched in a couple of minutes and with such a small group we’re on our way in a no time! 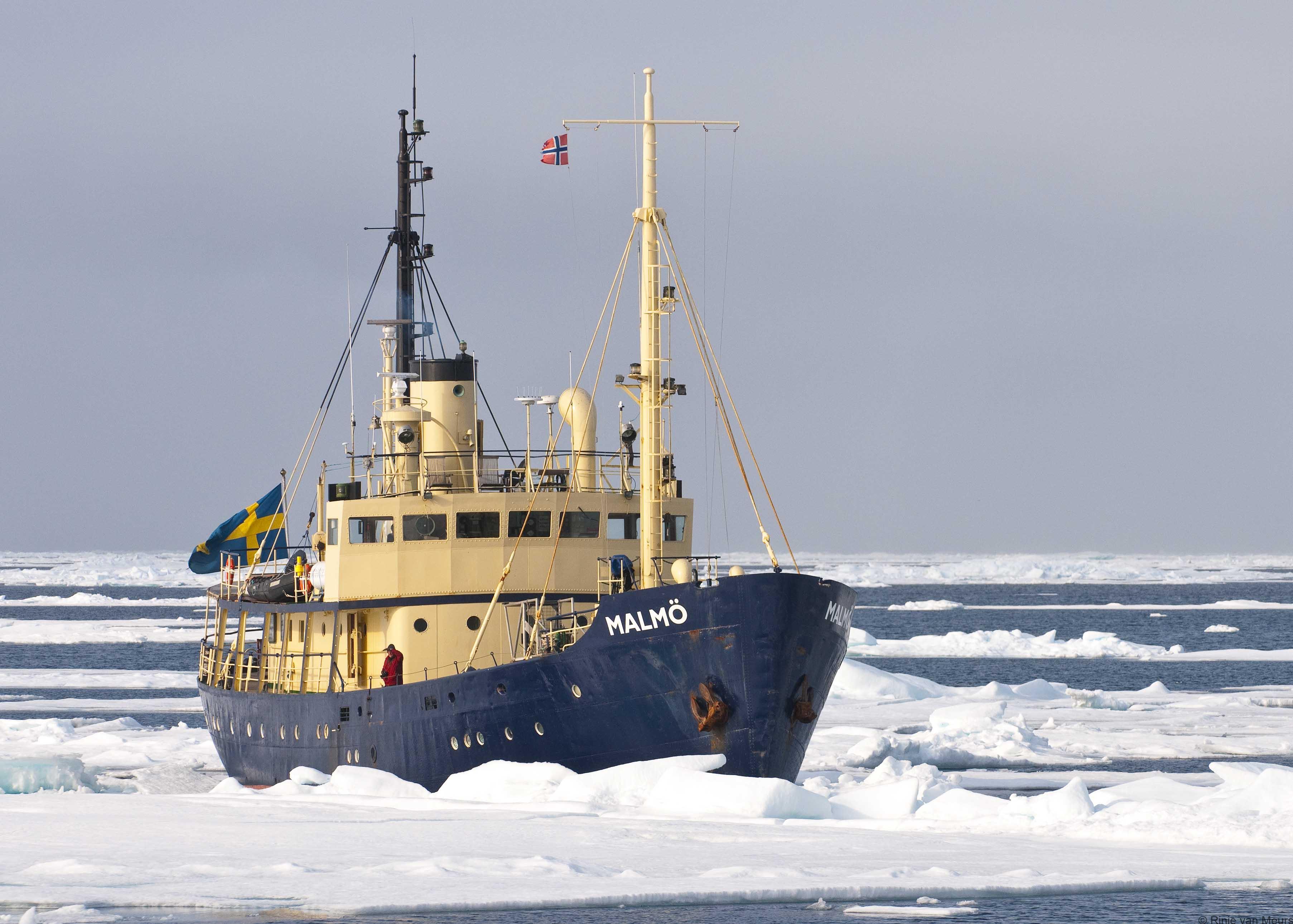 MS Malmö was built for the Swedish Maritime Administration in the late 1940. She was reinforced to operate in the sea ice in Baltic Sea to lay out buoys, refueling light houses and marking fairways. This has been listed as a traditional ship of cultural value since 2004. However, during 2013/2014 she was refurbished and equipped to meet all the new international safety regulations, but she did not lose her original charm. Malmö is a homely ship of maritime historical dignity and she is decorated in a classic style with an old fashioned Captain’s lounge and beautiful wooden decks. She is the perfect ship for a small group Arctic travellers or photographers.

Her overall length is 38 meters, breadth 8.80 m, a draft of 3.5 m, and average cruising speed of 10 knots. She has according the Lloyds the highest ice class.

“MS Freya” is built to Lloyd´s class for unrestricted trade and has the highest ice class 1A. The vessel was rebuilt and extended 5 meters with a tank section at Holms ship yard in Råå 1995.

Besides being a Coast Guard vessel, the ship was also used as an environmental protection vessel and periodically it has been chartered by Umeå Marine University for research. She was then regarded as one of the best equipped research vessels.

In 2015 Master Mariner AB was taking over the ship and named her ” Freya af Göteborg”. Home port will be Göteborg, Sweden.

In the Falkenberg Yard, she has now been converted to an expedition ship for max 22 passengers. With a engine power of 1360 hp, the highest ice class and certificates for unrestricted trade,  MS Freya will be an excellent and very useful expedition ship for Arctic waters. The ship has excellent outer deck space, relatively low above the water surface, which makes it excellent for wildlife photography. This together with a small group atmosphere and a high standard cuisine, we believe that Freya will provide one of the best possibilities to view wildlife in Spitsbergen at a close range.

One of the captains and owner has been working in the Arctic for over 20 years on board small ships and knows Spitsbergen like no other captain. A fleet of zodiacs can take us any time, and within minutes, off the ship when wildlife opportunities arise!

S/V ‘Rembrandt Van Rijn’ was built as a herring lugger early last century. The vessel was rebuilt as a three-mast passenger sailing schooner in he Netherlands in 1994 and sailed in Spitsbergen (1994 – 1996) and in Galápagos (1998 – 2001). The vessel underwent a complete rebuilding and refurbishment program until 2011. The communication and navigation equipment has been completely renewed according to the latest SOLAS regulations. 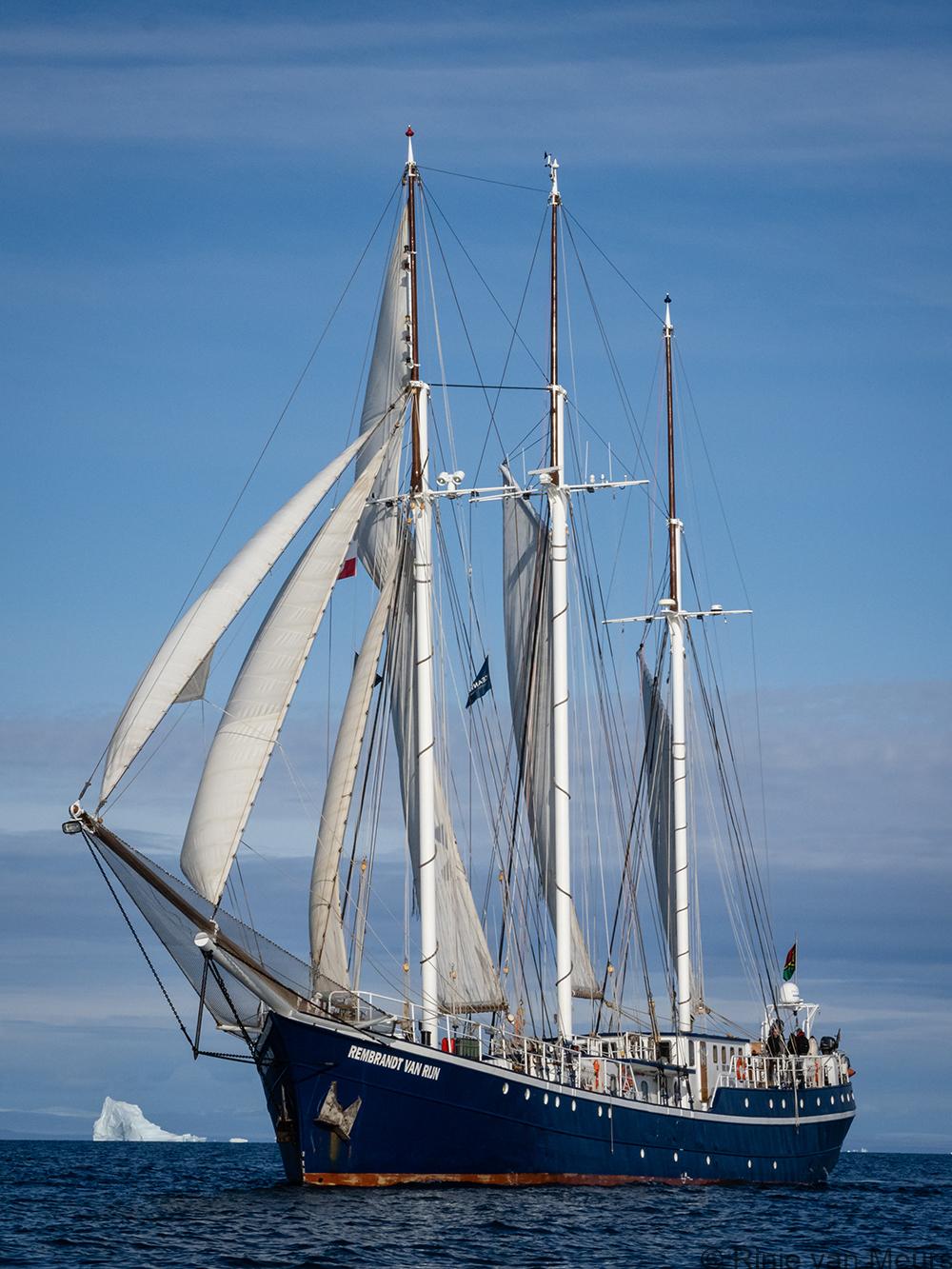